In the Future……The world as we know it is in a state of little progress. People are hooked into their entertainment systems, Stimupods, and couldn’t be happier. The Computer is responsible for your safety and well being, food and entertainment. One such person is unsatisfied with this existence and reaches out for something more.

This is your story……

BlinkMan is a side scroller created in UDK. The main mechanic is blinking, a “power” given to you by the computer upon leaving the your typical bounds. I was responsible for rigging and animation for the main character, Adam B4-72, the security robot featured in the Vault, the turret in the vault, the drill featured in the Under City and the animation for the screens opening. 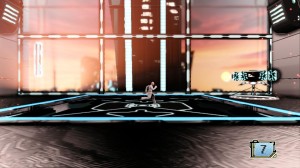 Adam B4-72 uses a 63 joint bone system, which not only allows him to do your typical motions of running, jumping etc. It also includes the ability to curl his fingers, breathe controls for the chest and lower abdomen, and his sash moving and bouncing with him.

In game he has 5 featured animations: Running, Backwards Running, Idle, Jump and Falling. All of these were set up by me and the help of fellow designers using UDK’s animation blending in the Animation Tree.

I also created a custom physics asset for Adam which is used in game for the rag doll effect upon death. 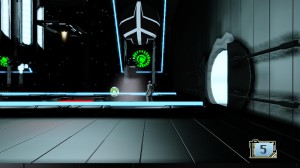 The Robot uses a 3 bone system and features 5 animations in game: Idle, Thrust Left, Thrust Right, Thrust Left Idle and Thrust Right Idle. It is used as a means to activate a defense grid to impede the process of intruders into the vault. 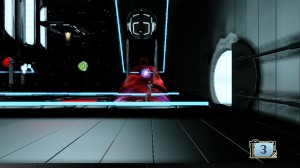 The Turret is a 6 bone system featuring 1 animation in game: Unlocking. This mesh is used for the typical defense grid in the vault and the boss grid at the end of the Vault. 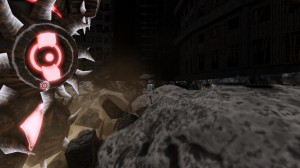 The Drill is a 21 bone system featuring 1 animation in game: Drilling. This mesh is used within the Under City as a means of the computer cleaning up the old world. 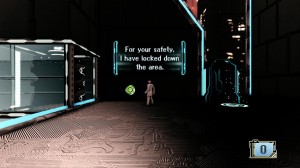 The Screen consists of 11 bones with 1 animation in game: Opening. This is used to deliver the narrative and the source of communication between the computer and you 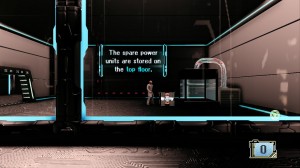 The Power Cell and Connector are used in game as an activator for several puzzles in game. You find these power cells in the level and then kick them into the connector to activate and unlock a piece of the puzzle. 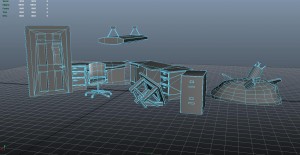 A set of assets for grunging up the Under City, the old world of humans that has been at rest for thousands of years. The set consists of a broken door, a desk, chair, light, broken table, file cabinet and rubble pile. The whole set is 9500 tris.

Here is the trailer for BlinkMan, courtesy of Ray Ortgiesen.